Divorce – Can my Partner make a claim on my Pension? 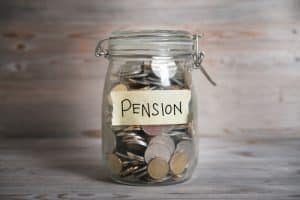 Yes, it is possible for your partner to make a claim on your pension within divorce or dissolution of civil partnership proceedings.  There is no right to claim unless you are married or are in a civil partnership.

Pension assets within divorce/dissolution proceedings need to be considered alongside other assets. It is firstly important to establish the value of all assets including pension assets, and this is initially done by each party requesting the cash equivalent transfer value (CETV) from the pension provider.  This is normally entirely straightforward in the case of a private pension, who generally will write to policyholders every twelve months setting out the value of the pension.

In the case of any public service or final salary pension scheme the concept of providing a CETV is to some extent a nonsense, but pension providers are obliged to calculate and provide details of a CETV in writing. This is free of charge unless a CETV has been provided within the last twelve months, or if the pension is in payment. In these circumstances the pension providers are entitled to charge for providing the CETV calculation.

In the case of private pensions, the CETV is generally a reliable indication of what the scheme is actually worth, although in certain public service schemes CETV’s sometimes give an undervaluation of the scheme. In those cases, it may be appropriate to instruct an expert to calculate and provide a more realistic indication of the CETV.

Whenever divorce or dissolution proceedings are issued, they should include a financial claim. This claim is “live” until it is either resolved by agreement, or court order. A court order can either make a Pension Sharing Order or dismiss one or both party’s claims against the other in respect of pension claims and/or other claims.

As mentioned above, consideration of pension assets must be done along with consideration of other assets. It may well be appropriate for there to be a Pension Sharing Order as part of the overall settlement.

On the other hand, the parties may have massively different pension funds and in such cases pension sharing may well be appropriate.

In some cases, there could be a pension imbalance in favour of one party, but a solution acceptable to both parties could be for the party with the greater pension fund to retain that greater pension fund, but for the other party to retain a greater share of other assets for example the family home. This may well result in an overall even (or close to even) division of assets, taking into account capital assets and pension assets.

In appropriate cases, where the divorce petition was issued after 01/12/2000, the Court does have the power to make a Pension Sharing Order. This can be done either following agreement by the parties or a decision by the Court. It should be noted that it is not possible to carry out any Pension Sharing Order without a Court Order. Pension sharing can only take effect once the divorce or dissolution has reached either Decree Absolute or Final Order stage. It also should be noted that pension sharing is not available in judicial separation cases.

A Pension Sharing Order can only be expressed as a percentage of a certain pension scheme, whilst it would probably make matters easier if a pension company could be asked to transfer a specific sum of money this cannot be done. It is quite common to calculate the amount in pounds that needs to be transferred to achieve what needs to be achieved, but then a percentage share needs to be calculated from that. Once the pension share is implemented it is virtually guaranteed that the percentage amount will not equal the amount in pounds that was calculated due to the pension fund either going up or down in value.

A Pension Attachment Order is an alternative to a Pension Sharing Order and provides for some of one party’s pension to be paid to the former spouse when the member spouse starts to withdraw the pension. Pension Attachment Orders are now a rarity.  Most clients would prefer to seek a clean break and plan for their own retirement once the Divorce or dissolution proceedings are concluded, rather than wait for the other spouse to retire.

Pensions Accrued prior to Marriage

It is a common argument when one party has been putting into a pension for longer than the length of the marriage to argue that only the proportion of the pension accrued during the marriage should be taken into account. This is effectively linked to an argument regarding “non-matrimonial property”. This argument used to carry more weight prior to the report of the Pensions Advisory Group published in July 2019 entitled “A Guide to the Treatment of Pensions on Divorce”. This is a lengthy document, running to 161 pages, and whilst it does not set out any firm rules it does suggest that in any “needs” case where the combined financial needs of the parties exceeds the combined financial assets the report suggests that it is not appropriate to carry out any apportionment of pension funds accrued prior to the marriage/civil partnership.

The treatment of pensions in divorce can be a complex subject, equally in other cases it can be entirely straightforward. Our Lawyers at Andrew Isaacs Law can provide you with expert legal advice regarding this aspect and other aspects of divorce and linked financial matters.

As mentioned above it may also be appropriate to obtain an expert valuation of a pension if it is felt that the CETV does not correctly reflect the scheme’s true value. It is also the practice in some cases to instruct a financial expert (instructions are often on a joint basis between the parties’ solicitors) to look at the parties’ pensions as a whole and provide calculations and answer specific questions. An example of a specific question could be to calculate what pension share is required in order to equalise the parties’ pension income in retirement.

Contact our team today to arrange a consultation to discuss your pension and other financial issues as a result of a relationship breakdown. 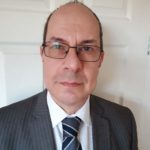