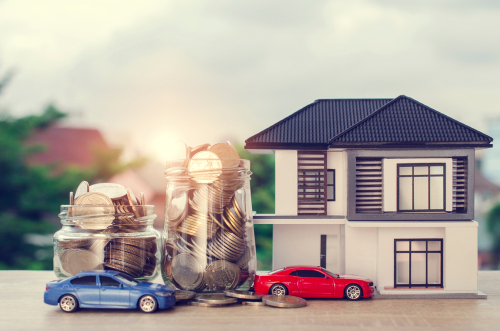 When couples divorce, it is advised and sensible for the parties to reach a final settlement in relation to their finances. It is always hoped that the agreement can be by consent between the parties but failing this, an application for financial remedy can be made to the Court and ultimately, if agreement is not reached between the parties, a Judge will decide how the finances are settled.

In celebrity divorces the press often focus on the financial side of the proceedings rather than the divorce. Paul McCartney’s £24 million plus divorce settlement was huge news with Heather Mills actually trying to claim a settlement of £125 million. In that case the Judge ruled that her claim was ‘an excessive, indeed exorbitant, claim’ Most Divorcing couples do not have assets anywhere near this but do however need to settle financial matters and try to achieve a clean break moving forward.

Where do I start?

Initially, parties are encouraged to try and negotiate a settlement by agreement. This can involve voluntary disclosure of the parties’ financial positions in an attempt to negotiate a settlement that is agreeable to both parties. If an agreement is reached, a Consent Order setting out the terms of the agreement can be drafted and submitted to the Court for approval. This saves costs for the parties and minimises the tensions that can be created by litigation.

What happens if we can’t agree?

Once an application has been made the court will order directions as to how the case will proceed. Parties will be given a date by which they must exchange with the other party and serve upon the court their Form E. The Form E is a document which sets out the parties’ current financial position and is completed by each party. The Form E requires various documents to be included with it such as mortgage statements, bank statements, pension statements and more.   See link here:  https://www.gov.uk/government/publications/form-e-financial-statement-for-a-financial-order-matrimonial-causes-act-1973-civil-partnership-act-2004-for-financial-relief-after-an-overseas

Once the parties have exchanged their Form E and have had chance to consider the contents and attachments of the other parties’ Form E, they are required to serve a chronology of proceedings, a questionnaire setting out any questions they have to the other party regarding their disclosure and a statement setting out the issues in the case.

The matter is then listed for a first appointment before a Judge. At the first appointment the Judge will consider the documents submitted by each party and will set directions as to when the questionnaire of the other party must be answered. The hearing is generally a short hearing which is attended by all parties but is held in private.

After the first hearing the matter will be listed for a Financial Dispute Resolution (FDR) hearing. By this point both parties will have received the other parties’ responses to their questionnaire and hopefully the issues of the case will have been narrowed. Parties are encouraged to use this hearing to negotiate a settlement without the need for further hearings. The Judge who hears this will give an indication as to what they would decide if the matter was in fact listed as a Final Hearing. This often brings parties’ minds together to try and negotiate a settlement having had the insight of what a Judge would order.

If agreement still cannot be reached, the matter will be set down for a Final Hearing. The Judge that heard the FDR will not conduct the Final Hearing to ensure that the Judge who makes the final decision is impartial. If a matter proceeds to a Final Hearing each party will give evidence as to their position and a Judge will make a Final Order. A Final Order can only be appealed if there has been an error in law; you cannot appeal because you do not like the decision of the Judge!

Throughout proceedings from the initial issuing of the application right through to the day of a Final Hearing, the parties are encouraged to continue to negotiate. If an agreement is reached at any time during the proceedings a Consent Order can be drafted and submitted to the court for approval, negating the need for any further hearings. This obviously offers the advantage of reducing costs and minimizing the stress caused through litigation.

The Court has wide powers to distribute the parties’ assets in order to achieve a fair outcome.  Financial orders fall into two categories; income and capital.

The orders for income are maintenance pending suit and periodical payments.

Maintenance pending suit is a short-term order to provide maintenance until the court can make a periodical payments order. This is rarely applied for as the party applying must show that the other party is either not contributing at all or contributing so little that they are unable to make ends meet pending a final order. A periodical payment order is made as a Final Order and will order a party to pay a set amount to the other party, usually monthly. This is usually ordered for a set period of time but can be ordered as a life-long order in very rare cases. This is what used to be known as spousal maintenance. Again, the courts prefer not to make this type of order as they are keen for the parties to have a clean break moving forward. If it is felt that periodical payments are needed, the court may choose to award a lump sum in lieu of the amount that they would have ordered in periodical payments in order that the parties can still achieve a clean break.

A lump sum order is just that, it orders that one party pays the other party a lump sum of money.

A property adjustment order can relate to the former matrimonial home or any other property that the parties own such as shares, furniture or any vehicles. If the former matrimonial home is jointly owned with a mortgage and one party wishes for it to be transferred to themselves they may have to consider seeking independent mortgage advice.   Where one party has primary care of the children of the family and their housing needs cannot be met through the sale of the property, an order can be made where that party remains in the former matrimonial home until one of a number of factors arise whilst the other party remains on the mortgage. Typically the remaining party will have to meet the costs of the mortgage and outgoings. The usual turning points to conclude these types of orders are that once the youngest child attains 18, the party remarries or the party dies, the property will then be sold and the equity divided as ordered by the court.

Many parties fail to recognise the value of pensions upon divorce.

Any pension which has been accrued during the marriage is subject to the sharing principal.

A court can make a pension sharing order to either reach equality or a divison as the Court sees appropriate to the facts of the case. It will be necessary to obtain a cash equivalent transfer value (CETV) for any pensions held by the parties in order to ascertain whether, and to what degree, there should be a pension sharing order. If one party wishes to retain their pension, they may be able to consider a lump sum payment in lieu of a pension sharing order, depending on the agreement of the other party or the input of the court.

When considering how to divide the assets the court will have consideration for all circumstances of the case and the matters listed under S.25 Marital Causes Act 1925. The Marital Causes Act states that ‘the income, earning capacity, property and other financial resources which each has or is likely to have in the foreseeable future, specifically including any increase in earning capacity that it would be reasonable to expect a spouse to acquire should be taken into consideration. The courts will consider income and earning capacity, property and other financial resources, resources of a new partner, welfare benefits, needs, standard of living, age and duration of the marriage, disability, contributions, benefits lost and in rare cases, conduct, when making a decision regarding financial matters.

The financial aspects of a divorce can seem daunting, but it is essential that any settlement reached, whether through agreement or through the courts, is right for you as it will have an impact on your future.

Andrew Isaacs Law Limited has a wealth of experience in this area of law and will be happy to guide you through the process ensuring that any settlement that is reached is the best possible outcome for your case.

Use our handy blog filters to find what you’re looking for quickly. Search by category or tag.