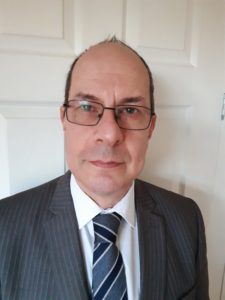 Richard qualified as a  Legal Executive in 1991 and has specialised in Family Law for the last 25 years. Richard deals with all aspects of relationship breakdown, including Divorce/Dissolution, disputes relating to Children, and has dealt with several cases concerning disputes over child re-location both within the UK and outside the UK.  Richard also deals with Occupation orders and Non-Molestation orders.

Richard’s real passion is dealing with the financial aspects of Divorce and always offers sensible advice on such matters from the outset. Richard works hard to achieve resolution of financial matters for his clients either by robust negotiations or via the court process.

Richard generally conducts his own advocacy in all matters he deals with but accepts that an experienced Barrister may need instructing for the more complex cases.

Richard is married with one adult daughter and outside work enjoys most things mechanical including cars, steam engines and machine tools.